Lou Smith was born in Edinburgh, Scotland. A rich visual appreciation of colour is embedded in her roots as a Scottish Colourist. Richness of design and colour is central to her work as a painter and photographer. Great, great granddaughter of Scottish architect, David Bryce, Lou has lived and worked in London since 1978. 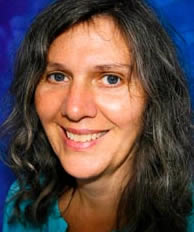 Since graduating in 1981 with a 1st class BA Honours in Visual Arts, Lou Smith continues to work and develop as a professional artist. Lou has been a respected painter in London for over 25 years. Since the advent of digital photography, she has incorporated photography more and more into her visual arts practice.

Lou Smith is an experienced educator in the visual arts and has 20 years teaching experience. Lou continues to teach in Further Education. Her students have progressed onto prestigious London Art Colleges and have become known in their own right. Many of her former students cite Lou as an early and enduring influence on their visual and artistic development.

Lou has exhibited her work regularly since 1980, starting very prestigiously with The John Moores Liverpool Exhibition and the Royal Academy. She has exhibited in many group and solo shows. Recently her work was filmed in an independent production for Channel 4 Television.

Ron Smith (BA Hons) first started taking photographs as a teenager with a little Halina Paulette Electric around 1966. Before that as a child he made a pinhole camera out of cardboard which worked fine except it had no plates to go in it.

Ron has been taking photos ever since, building his own home darkroom then concentrating on photography at Art College, making black and white prints. He still has a penchant for Black and White.

Ron’s work covers both traditional scenic photography and more abstract works. In any case he sees the two pretty much as a merging, seeing always the weights of spaces and either trying to balance them or unbalancing them according to how he feels about the scene.

Ron has been teaching photography for over 15 years – but is concentrating now on keeping the website pretty and and in reasonable working order.

“This is my favourite time of all for taking photographs – every day becomes an adventure in seeing.”

We look forward to meeting new photographers on our London PhotoTours. London is an exciting place to live and work and to photograph. There is an opportunity for creative capture of the modern and historic environment.